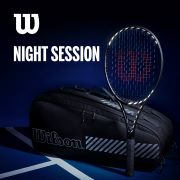 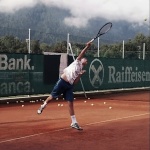 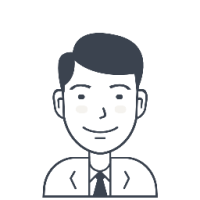 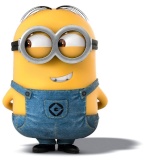 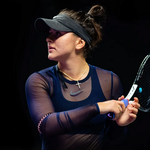 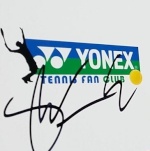 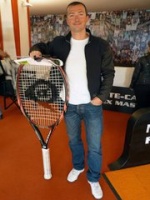 2014.01.10
The ball which a spin is easy to work, and lengthens heavily is release in VCORETourG the middle of March, 2014 of the design to be able to hit.

New product tennis racket VCORETourG (97 square inch).
Yonex releases tennis racket [VCORETourG] of the design to be able to hit the ball lengthening after a bound more heavily than from the VCORETour series to win a game in [a winning shot] from the middle of March, 2014.
As for the recent tennis, long rallies increase by the performance enhancement of a change and the racket of the place tile (the Yonex investigation).
I developed it as the racket which the heavy speedball that control characteristics and power according to the image didn't fall into could hit at fast swing speed to overcome it in attack tennis to overwhelm a partner in the rally.

Wawrinka starts use and wins the championship at an ATP Tour meet!
I started use than the Chennai opening that Wawrinka of our contract became the opening game in 2014 and won the championship.
Wawrinka when tried a racket for the first time, was surprised at high control performance very much.
Because a ball lengthening heavily can beat, a plan of the attack is put up positively even by a baseline. I comment with.

Product Good Points:
- Loud hardness / vibration decrement the koa [my black core deployment] of the characteristic Hardness / the vibration decrement that is loud in the koa of the 2.5 times high density in comparison with before is a characteristic.
- I raised specific gravity of the frame top by putting it on the right and left horn part of the frame top and realized aspect stability and power, a feeling of little clear batted ball of the vibration. A feeling of batted ball which I live on the neo-CS carbon nanotube deployment and hit A racket bends tenaciously by putting it on the shaft part, and, in VCORETourG, hold does a ball in fast swing speed well and can control it. Because power is handed down to a ball, I can write a more powerful spin.
- The adoption that a 7% sweet area is large [isometric] I enlarge the effective excursion of the string by bringing the length of the string of length and breadth close equally and realize the sweet area where 7% is wide in comparison with the general circular frame.

Racket technologies:
○ Mai black core patent pending:
In comparison with before,I put the koa [my black core] of the 2.5 times high density on the right and left corner part of the frame upper part. The high hardness / vibration decrement nature realizes the stability of the aspect and power, a feeling of clear batted ball with a characteristic high specific gravity. I can wear a powerful spin by introducing big power into the ball.
○ Neo-CS carbon nanotube:
The new material which drew flexibility of [CS carbon nanotube] characterized by high displacement and high strength more. I bend tenaciously and can hit the heavy speedball by putting it on the shaft part.
○ 3D vector shaft.
Competition side stability is improvement to a racket conventional in the shape that established the ditch makes hardness all inside laps of the shaft, and suppressing the torsion. Because I can catch a ball well, there isn't energy loss and can convey power on a ball. Furthermore, I thin the front shape of the shaft and raise a good point without the swing that a contestant demands by having let air resistance reduce.
○ Isometric:
It is an original shape theory to widen the effective excursion of the string by bringing the length of the string of length and breadth close equally. 100 square inch of the isometric realizes a sweet area of 107 square inch equivalency of the general circular frame.